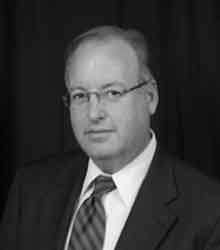 Born and raised in Tampa, Florida. I graduated from Jesuit High School in 1975, graduated from University of Florida in 1979, and attended law school at South Texas College of Law in Houston, Texas and graduated in 1982.  I began my career with the Hillsborough County State Attorney’s Office for two (2) years. After leaving the State Attorney’s Office I worked for the Federal Public Defenders Office in the Southern District of Florida (Miami-Fort Lauderdale Divisions) for five (5) years. I then returned to Tampa and have been in the Private Practice of Criminal Defense ever since.

I practice Criminal Law in both State and Federal Courts. The vast majority of these cases are in the United States District Courts.

During the course of my career I have represented judges, lawyers, doctors, entertainment figures, police officers, first time offenders and career offenders. My historical victories in jury trial cases speaks for itself. I have tried over 200 jury trials in my career.

I am a member of the American and Florida Bar Associations and the National Association of Criminal Defense Lawyers. I am also an invited member of the “National Trial Lawyers” a national organization composed of the top 100 trial lawyers from each state. I was also selected by the American Society of Legal Advocates (ASLA) as one of the Top 100 Criminal Defense lawyers in the State of Florida for 2015.

To date, my criminal cases have received print press coverage in the New York Times, The Los Angeles Times, The Las Vegas Herald, The Houston Chronicle, The Des Moines Register, The Philadelphia Inquirer, The Atlantic Journal-Constitution, The Tallahassee Democrat, The Jacksonville Florida Times-Union, and The Miami Herald and local newspapers.

I have been selected and included in Tampa Bay Magazines’ “Best Lawyers in Tampa” edition as well as having been selected a Florida “Super Lawyer” and a “Florida Legal Elite” by Florida Trend Magazine.

Year after year I am listed in the prestigious Martindale-Hubbell Publication where practicing attorneys rate their peers. My AV Preeminent rating is the highest possible rating for an attorney. This rating represents the pinnacle of professional excellence. It is achieved only after an attorney has been reviewed and recommended by their peers, members of the Bar, and the Judiciary. Recently, I was selected as a member of Martindale Hubbell’s “Top Rated Lawyers in Litigation” chosen from AV Pre-eminent rated attorneys in specific practice areas. I have dedicated my professional life to the practice of defending those accused of criminal offenses. While no one including myself can promise a win, I can unequivocally promise you my very best professional efforts on your behalf.